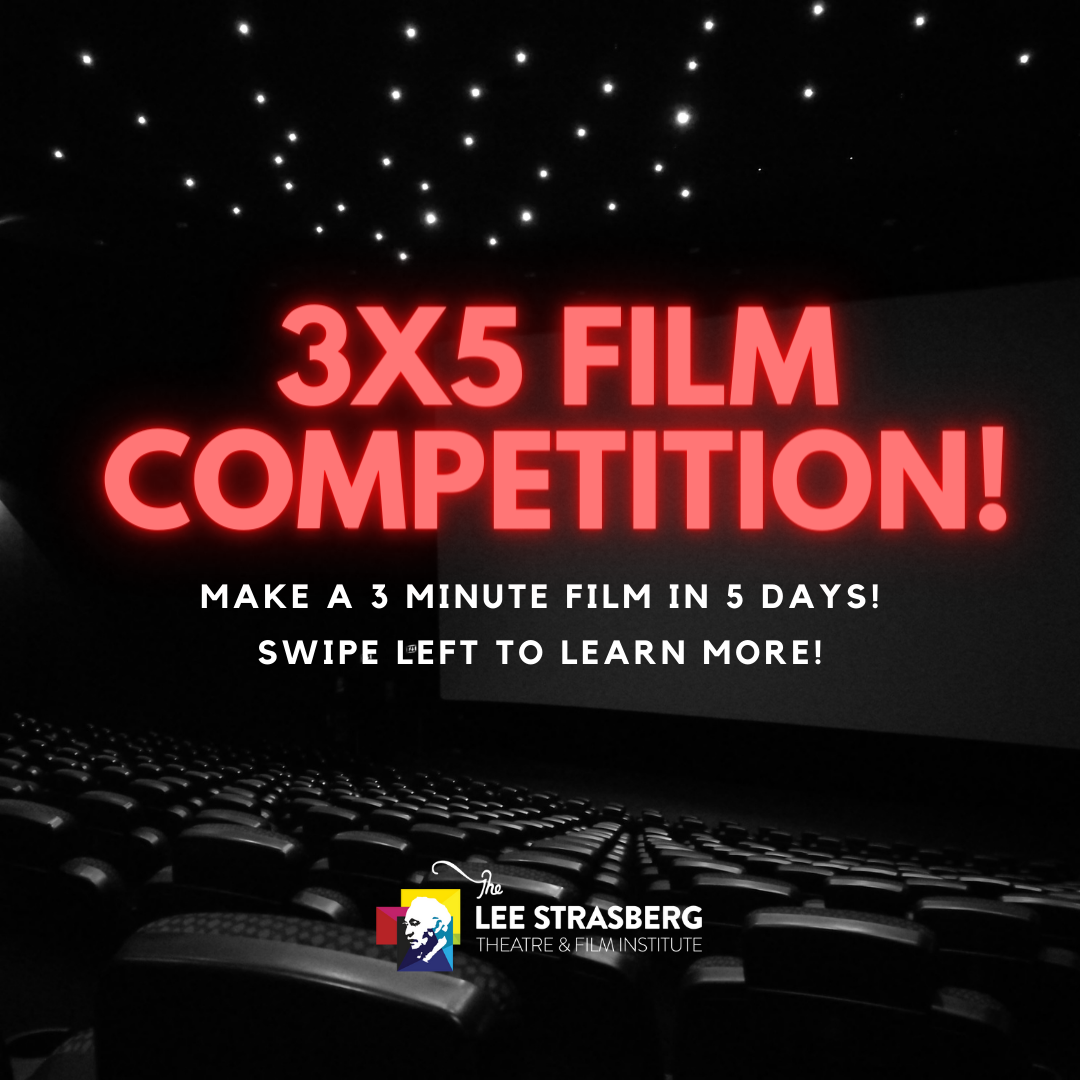 The Strasberg Theatre & Film Institute 3×5 Film Contest is an independent short filmmaking competition, where creators are given a story prompt and have five days to create a three minute film. The contest culminates in a public screening of the films selected and the declaring of winners.