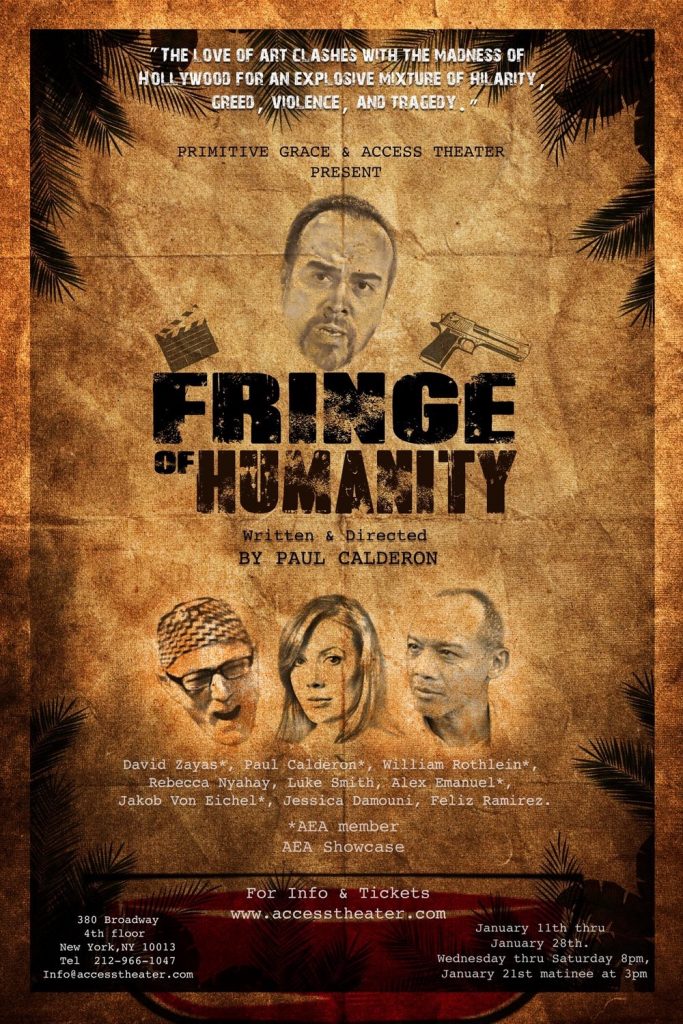 Teacher and Actor’s Studio member Paul Calderon wrote, directed and is currently starring in the world premiere of his play ‘Fringe of Humanity’. The play features many LSTFI alumni including, Luke Smith, Jacob von Eichel and Jessica Damouni and is a non-stop gust of energy that is carried out beautifully by an incredible group of actors.

The production opened on January 11th at the Access Theatre NYC @ 380 Broadway and has been very well received. ‘Fringe of Humanity’ is the first full production of Primitive Grace, a theatre company of which he and, brilliant television and theatre actor, David Zayas serve as co-artistic directors. 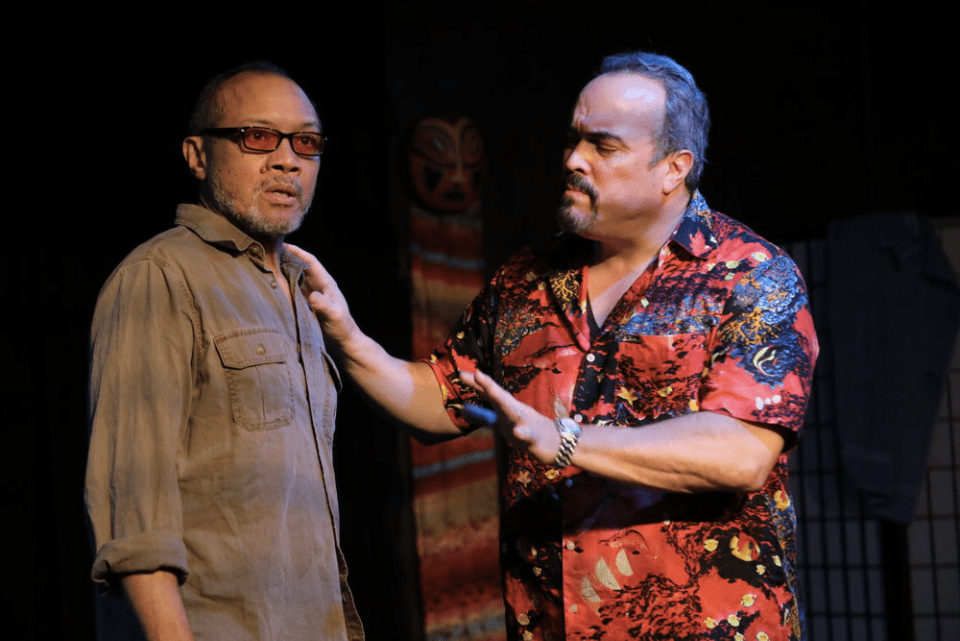 Primitive Grace describe themselves as:

“A New York City based Theater Ensemble producing original & established, classic & contemporary plays designed to create a shift in the audience´s paradigm of reality to allow Duende to take over.”

‘Fringe of Humanity’ has been sold out almost every night of it’s run and has been well received critically. In an review in NY Theatre guide written by Jacquelyn Claire, Calderon is praised for his “energetic and virile” writing style, as well as “nuanced, delicious” performance in which he “is grappling with his inner demons.” The show is running until the 28th of January so don’t miss this incredible, alumni-packed, show.

See links below for information on the show, the theatre company, and ticket sales.