ABOUT THE NEW YORK CITY CAMPUS

Our acting school in NYC has two theaters and offers a curated season of shows, talks, and events that highlight the incredible interchange of people and art throughout the city. Workshops with the new wave of directors, or field trips to Broadway shows are all part of the extracurricular offerings at the Strasberg Theatre & Film Institute in New York.

And just like New York City, our student body is a diverse collection of artists and actors from different backgrounds. The New York campus has hosted students, theatre schools and groups from all over the US and  over 140 different countries which now comprise an alumni network that extends around the globe in all facets of the entertainment industry.

Hosting a wide variety of acting classes, workshops and programs, including a Bachelor of Fine Arts partnership with New York University, the New York campus offers a broad range of acting programs designed specifically for actors of all levels pursuing their training in The Method.

Famous for its red doors, the Lee Strasberg Theatre and Film Institute in New York has welcomed an incredible array of artists into its historic building over the past 50 years. Alec Baldwin, Chandra Wilson, Sienna Miller, John Leguizamo, Claire Danes, Rachel Brosnahan, Lady Gaga, Chris Evans and Scarlett Johansson are just a few of the many actors who have called this campus home. Over the door hangs a quote from Lee Strasberg “Through these doors we invite talent in.” We look forward to you taking that first step.

Our Young Actors at Strasberg (YAS) Program offers year round acting classes to kids, tweens and teens from grades 2 to 12. Notable alumni of the YAS program include Sofia Lillis, Scarlet Johansson and Lady Gaga.

The New York campus is located on Lee Strasberg Way, right in the heart of historic Union Square. Surrounded by off-broadway theatres, NYU, The New School, and vibrant neighborhoods such as the East Village, Chelsea, and the Flatiron District, this campus provides a stimulating environment for artistic and creative work. With easy access to all main subway routes, Broadway and off Broadway theaters, museums, parks, and nightlife are all just a train ride away. There’s no better place to study acting than alongside a vibrant community of Broadway shows, downtown theatre, and a thriving scene of film and television production – all in the cultural capital of the world.

Apply to Our Acting School in NYC

“Through these doors we invite talent in.” 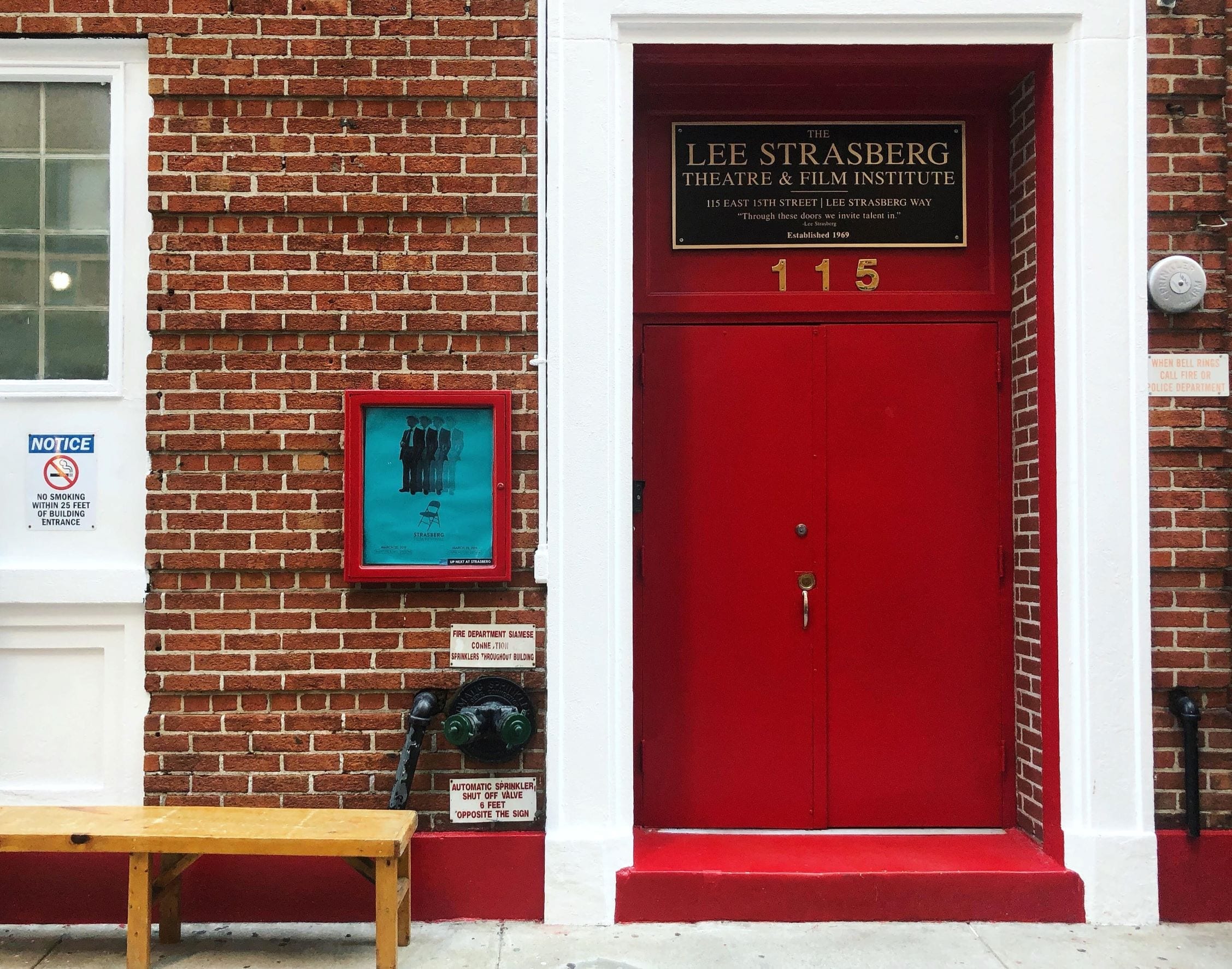