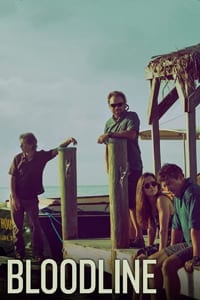 The American Netflix original series Bloodline, which premiered last spring to rave reviews, follows the lives of the Rayburn family who run a beachside hotel in the Florida Keys as their family drama unfolds and their dark pasts beginning to reveal themselves. Bloodline is premiering its second season this May with a couple added characters to the mix, including proud LSTFI alum John Leguizamo as Ozzy Delveccio who, according to the official character description by Netflix, is, “a charming, violent, opportunistic wild card from Danny Rayburn’s past. In the wake of Danny’s murder, Ozzy arrives in the Florida Keys with mysterious motives and threatens to wreak havoc in the lives of the Rayburns.”

The cast of Bloodline is already jam-packed with talented actors including Kyle Chandler, Ben Mendhelsohn, Linda Cardellini, Norbert Leo Butz, Sissy Spacek, and the legendary Sam Shepherd, and now with LSTFI alum John Leguizamo joining the fray, Bloodline’s second season is staking up to be one to look out for. Check out the entire second season of Bloodline on May 27th, 2016 and see Leguizamo join the family. 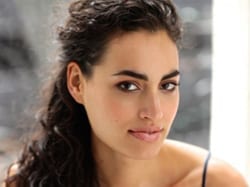 Coming off of her celebrated all-female production of Shakespeare’s Henry IV at St. Anne’s Warehouse last year, this summer, Phyllida Lloyd will be directing The Taming of the Shrew in The Public’s famous Shakespeare in the Park at The Delacorte Theater in Central Park with another all-female cast led by Cush Jumbo (Josephine and I, The River) and Janet McTeer (A Doll’s House, Mary Stuart). Joining Jumbo and McTeer is LSTFI alumna Rosa Gilmore; Gilmore is currently finishing up her last year at NYU Tisch’s MFA Grad Acting Program, but after she graduates in May she will call the Delacorte Theater her home from May 24th to June 26th performing in this ground breaking new production. Remember, tickets are free! So head on up to Central Park this summer and catch Rosa Gilmore in The Taming of the Shrew. 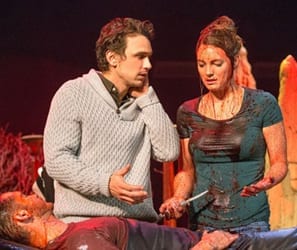 Jame’s Franco’s upcoming Mother, May I Sleep With Danger?, a new Lifetime original movie remake based on the 1996 Tori Spelling TV movie of the same name stars LSTFI alumna Leila George. This new remake follows theatre major Leah (George) as she introduces Pearl, her new partner, to her mom Julie and the rest of the family. The story takes a turn from there as vampire-infused danger begins to unravel. Mother, May I Sleep With Danger? is set to premiere June 18 at 8 p.m. ET/PT on Lifetime. Check it out. 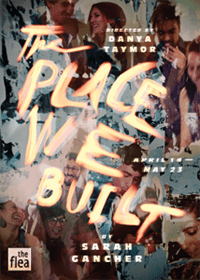 We wrote about Adam Rapp’s Wolf in the River at The Flea Theater staring LSTFI alumna Karen Eilbacher, but The Flea Theater’s next play this spring has another connection to The Institute: Sarah Gancher’s The Place We Built, which opens April 25th, with previews starting April 16th, was originally commissioned by The Clifford Odets Ensemble Play Commission founded by The Lee Strasberg Creative Center, a non-profit branch of LSTFI founded in 1977 by Anna Strasberg to develop outreach programming for inner-city youth. We’re very happy to be a part of The Place We Built’s beginnings and we can’t wait to see this production at The Flea. You can find tickets here.