The upcoming feature film Little Men, directed by Ira Sachs (Love Is Strange), which premiered at Sundance this year, is opening in theaters later this summer (August 5th) and co-stars our very own Mauricio Bustamante, a former alumnus and current faculty member at The Lee Strasberg Theatre and Film Institute. The story follows two best friends as their parents battle over a dress shop lease, juxtaposing these adult conflicts with adolescent woes. Bustamante plays an acting teacher who teaches a class the young boys attend.

It’s a smart little gem of a movie that depicts New York City and the current gentrification depicted through these family struggles and childhood drama.

Check out Little Men this August and see our very own Mauricio Bustamante on the big screen, but until then below is a trailer for the film with Bustamante in full form. 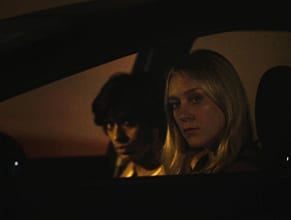 LSTFI alum Eshan Bay stars opposite Chloe Sevigny in the short film Jack, directed by Mariko Munro, which is having its New York Premiere on June 18th at the Brooklyn Academy of Music. The film follows a couple (Sevigny and Bay) in a sexless marriage who, hoping to get pregnant is reinvigorated after a drunken night with a new acquaintance—but consequences begin to take shape from this jealousy fueled desire.

You can find tickets to the BAM premiere here

The Artist Co-Op, a new organization (run by LSTFI alumna Jessica O’Hara-Baker and founder Rachel Berger) that’s developing a shared workspace for performing artists, has announced a four-day launch event at the Centre for Social Innovation. Called the Artist Co-op Pop Up, the event, which is free and open to the public, will take place June 7-10. The event will include a wide array of New York City’s performing arts community, including Marin Ireland, The Bats, Fresh Ground Pepper, Diana Oh, NY Deaf Theatre, and many more.

Inspired by WeWork, a cooperative shared workspace aimed at young entrepreneurs, as well as festivals like the New York International Fringe Festival and Edinburgh Festival Fringe, the Artist Co-Op hopes to take the model of a shared workspace and apply it to the New York theatre world. The Artist Co-Op intends to create a collaborative space where actors, directors, playwrights, and other members of the performing arts community can develop their work.

You can RSVP for the Artist Co-Op Pop Up here 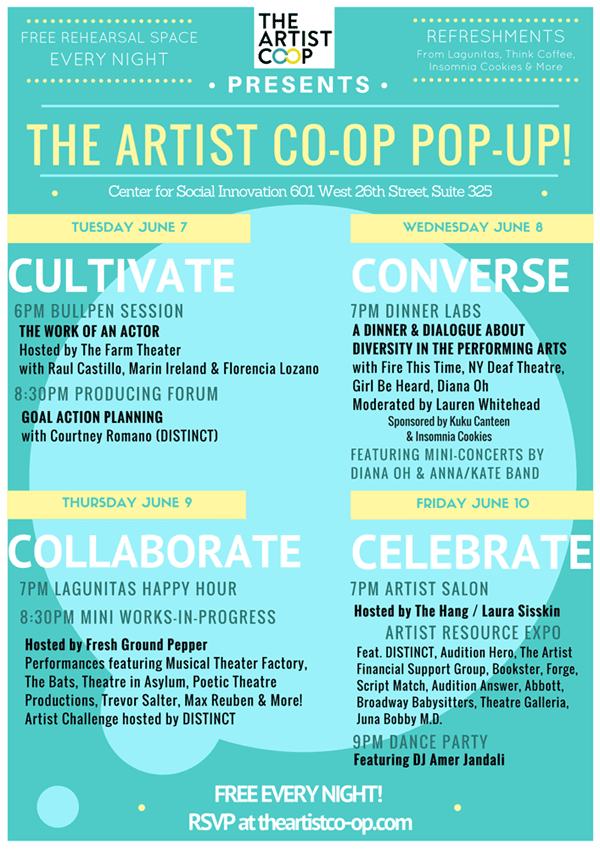